Bipolar disorders include extreme mood swings from depression to mania that can influence risky behavior. The aforesaid may include suicidal tendencies which can be treated with psychotherapy and psychotropic medication.

What Are the Different Types of Bipolar Disorder?

Generally speaking, individuals diagnosed with Bipolar I Disorder have manic episodes or mixed episodes which may include one or more depressive episodes.

With that stated, individuals diagnosed with Bipolar II Disorder have major depressive episodes with less severe mania. In addition, they experience hypomania, a condition that is less intense than mania or lasting less than a week.

Patients may seem like the "life of the party" -- full of charm and humor. They may feel and function fine, even if family and friends can see the mood swing. However, hypomania can lead to mania or depression.

Individuals diagnosed with mixed episode experience depression and mania at the same time. This potentially leads to unpredictable behavior such as sadness while doing a favorite activity or feeling very energetic.

It's more common in people who develop bipolar disorder at a young age, particularly during adolescence. But some estimates suggest up to 70% of bipolar patients experience mixed episodes.

Below is a brief description of depressive and manic symptoms:

“I understand that feeling depressed does not help me to achieve my goals. In addition, there may be times that I may confuse being upset about an idea rather than the facts.

During those times, I will look at the facts and refuse to make myself depressed along with developing an opinion about something very quickly without gathering facts.”

Rational replacement thoughts such as the previously mentioned may be beneficial in addressing depression through practice which includes repeated daily reading and better yet memorizing. 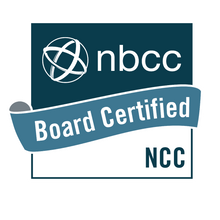